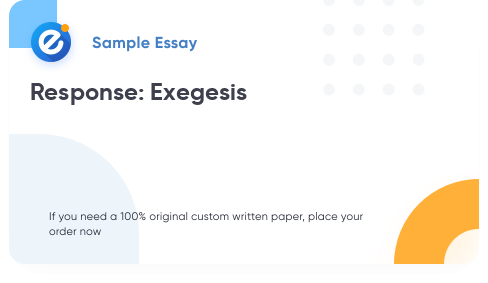 These false prophets spread anti-Christian ideas masking them as Christian ones, and that is the biggest threat to Christianity because it may cripple people’s perception of it. The fact that Peter used future tense while writing about false teachers being there among people, he implied that Church would never be absolutely free from imposters and people hateful toward Christians. Peter meant that there would always be those willing to destroy Christianity, so it is Christian’s duty not to follow and believe such false prophets. Christians have to identify such false prophets and get rid of them, so they would not spread heresies among other Christians any longer.

Later, Peter wrote about many following false prophets. In this passage, he spoke about the consequences of false teaching on people. There were many examples when false leaders used Christianity in order to justify their ideas (Knudson, 2004). Even Hitler used Christianity while building Nazi Germany as a tool to justify and explain his doctrine (Walker, 2001). The fact that people often believe false prophets proves that people can be very naïve and have crooked perception of kindness, love, and other Christian ideas (Strachan, 2012). Thus, Peter warned about many others following false ideas of false prophets, and that could lead to further damage and spread evil. In some ways, this passage means that the devil often uses religion for spreading evil ideas that are masked in the best way using religious doctrines. Later, in 2:3, Peter spoke about false prophets making money by using naïve believers. He said that false prophets manipulated and attracted people using their greed, and then using it against them for the enrichment of the liars. Nevertheless, Peter implied that false prophets would not avoid God’s judgment. They may think that they spread false ideas successfully becoming rich, but this is not the future they will get. In the end, they will be punished by God for their wrong actions such as spreading lies and manipulating people. Hence, Peter said that although God did not do anything to false prophets immediately making them think that they would never have to pay for their wrong actions, God would punish them for the lies and evil they spread. Peter used apostasies in order to strengthen his point. He spoke of angels who led a rebellion, and who were punished by God. God chose to punish the angels and cast them into Hell. It shows that no one will avoid the punishment he or she deserves for the sinful acts, and it also proves that there is Hell as a last resort for punishing those unable to understand their sins, stop them and begin honest lives. Another example used by Peter was Noah. Peter spoke that God did not spare the ancient world implying the deaths of all the people except Noah and his family. This example shows God’s determination to punish evil no matter one. Interestingly, many researchers nowadays combine this passage with many dramatic events in the world history (Brown, 2005). Peter also stated that those following the false prophets would meet the same fate because only those whose lives were filled with righteousness could be spared. Sodom and Gomorra are good examples that show what may happen to those contradicting Christianity and acting against its principles. Only those who are able to act according to Christian beliefs will be able to achieve salvation, but those who fell under false ideas will be punished. Those who follow Christianity may often be mistreated by false prophets and their followers (like Lot used by Peter as an example). Nevertheless, despite the challenges for them and their religion, they were the ones saved in the end. True Christians may often be tormented by false prophets, but that does not prevent them from being true to Christianity. After all, God knows who deserves what. Peter wrote that God knew what to do with sinners and believers later on as a consequence of their lives. This passage means that God will punish everyone for temptations they followed.

The biggest punishment is for those who are immoral. They deserve the worst punishment because they act out of lust and despise authority meaning that their immorality leads to them being faithless and following false ideas. Peter implies that it is very important to respect the authority and follow its lead instead of modifying Christian principles in accordance with one’s selfishness and immoral desires.

Later, Peter compared false prophets to “brute beats”. That implies that just as beasts who are dangerous to people’s lives, false prophets have to be destroyed because they are dangerous to human souls. Peter stated that prophets would perish because of their own corruption meaning that sinners would not survive their sins because evil attracts more evil on the person who spreads it.